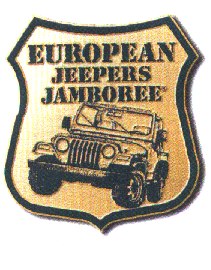 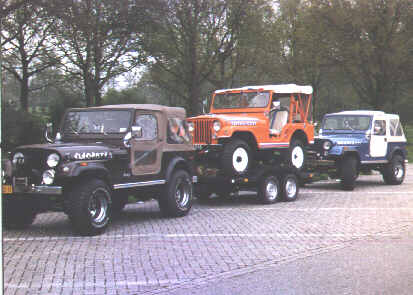 The Jamboree started this year with a one day delay. We planned to leave on wednesday, but on tuesday night Herman discovered lots of play on the pinion bearings of the rear axle. We thought it wasn't smart to leave it this way, so we decided to repair it first. On tuesday night we disassemled the axle, on wednesday morning we collected all the nescessary parts and on wednesday afternoom we put it all together again. So on thursday, early in the morning we could leave. 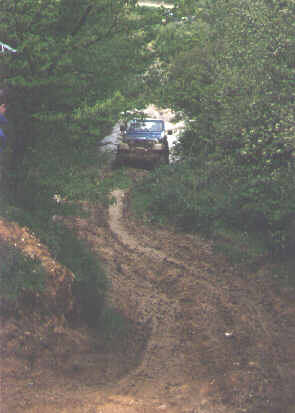 During the trip all went well, so at noon we arrived in Hesdin, France. the camping site was next to a piece of land with lots of hills and deep mudholes. It already was very crowded, but our co-drivers, who went there on wednesday kept some space open where we could build up our tent. After the tent was finished, we met our friends Rene and Arno. We decided to sign in as a team, so we formed a group of five Jeeps. Herman and me with our own Jeeps, Piet, a friend of ours with the Holland Jeep and Rene and Arno with their Jeeps. After signing in and the technical check of the Jeeps the fun could start. That afternoon we stayed on the land near the camping site. The organisation set up some trails, but we were free to drive where ever we like it. The first obstacle was a mudhole which was about 3 feet deep. This was a very good start to get used on the mud. After that nothing could stop us anymore. The rest of the day we enjoyed ourselves very well. None of the Jeeps was damaged, so we had a very nice first day. The only thing not so good was the wether, it was very cold that day, luckily ther was a big partytent on the field, where it was warm and where you could buy a nice glass of beer.. 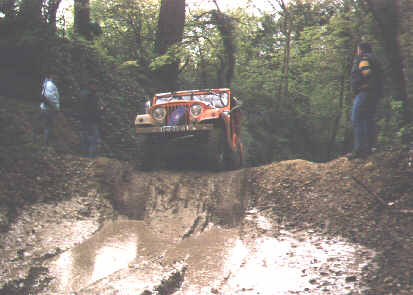 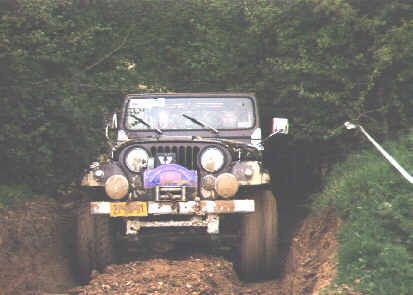 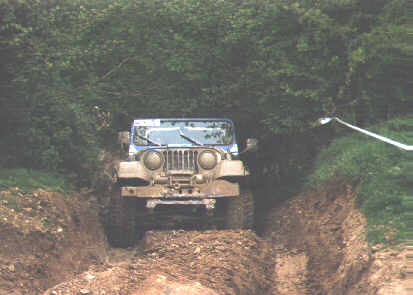 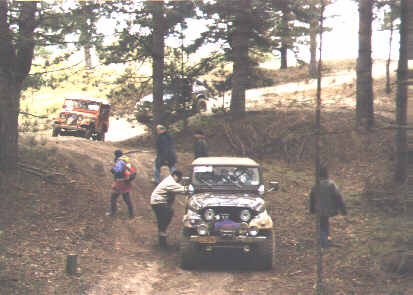 The second day we went to the dunes. A nice piece of land with many narrow sand roads between the trees and hills where you needed all the power to get up. Desperado did very well that day in the sand. Maybe it has something to do with the sand experience that I had in the desert of Morocco. Anyway everything I tried went perfect. 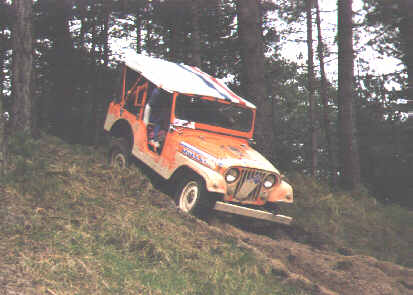 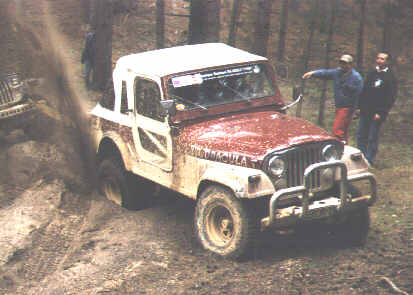 In the evening there was the Warn Night Challenge, we thought that it was only one deep mud hole, that could be passes only by whinching yourselve trough. We didn' t like that very much so we decided not to start. Rene did, with Arno as his co-driver. It turned out to be a very nice trail, so after all we regret that we didn't join them. 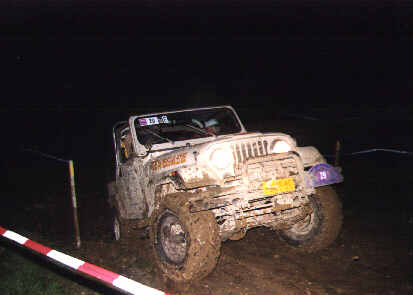 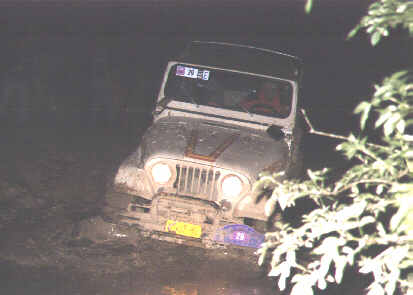 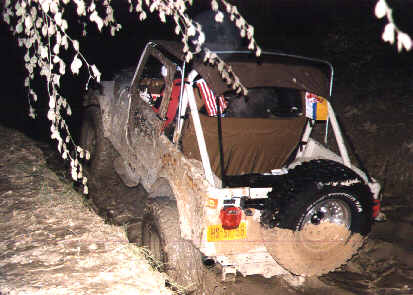 Rene during the Warn Night challenge 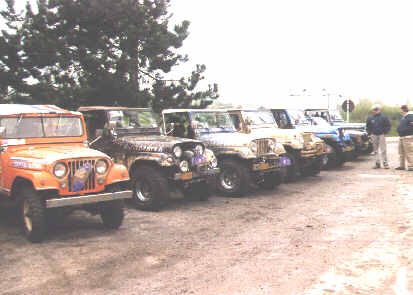 The third day we should drive the touristic trip, mainly on the road, but with some heavy trails in it. Unfortunately the local authorities banned most of the off road parts. The only things left where a few river crossings and some games for the co-drivers. In the evening in the partytent some awards were given. Rene won the third place award in the overall Jamboree competition. After we went back to the camping we finally managed to start up a good fire, so we spend many hours sitting near the fire talking about Jeeps. 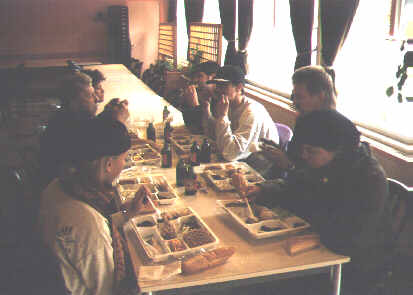 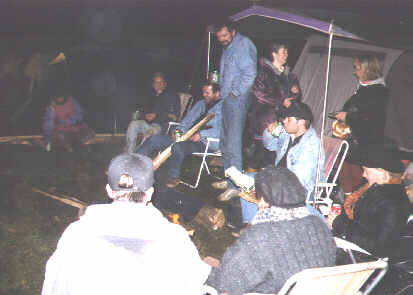 After all the fourteenth European Jeepers Jamboree was a fantastic event again. There were some problems, but that was mainly because the organisation had to move the event from Belgium to France at the last moment, because in Belgium the authorities cancelled the event. I hope there will be a fifteenth Jamboree next year, it will be difficult to organize it, but when there is I will be there again